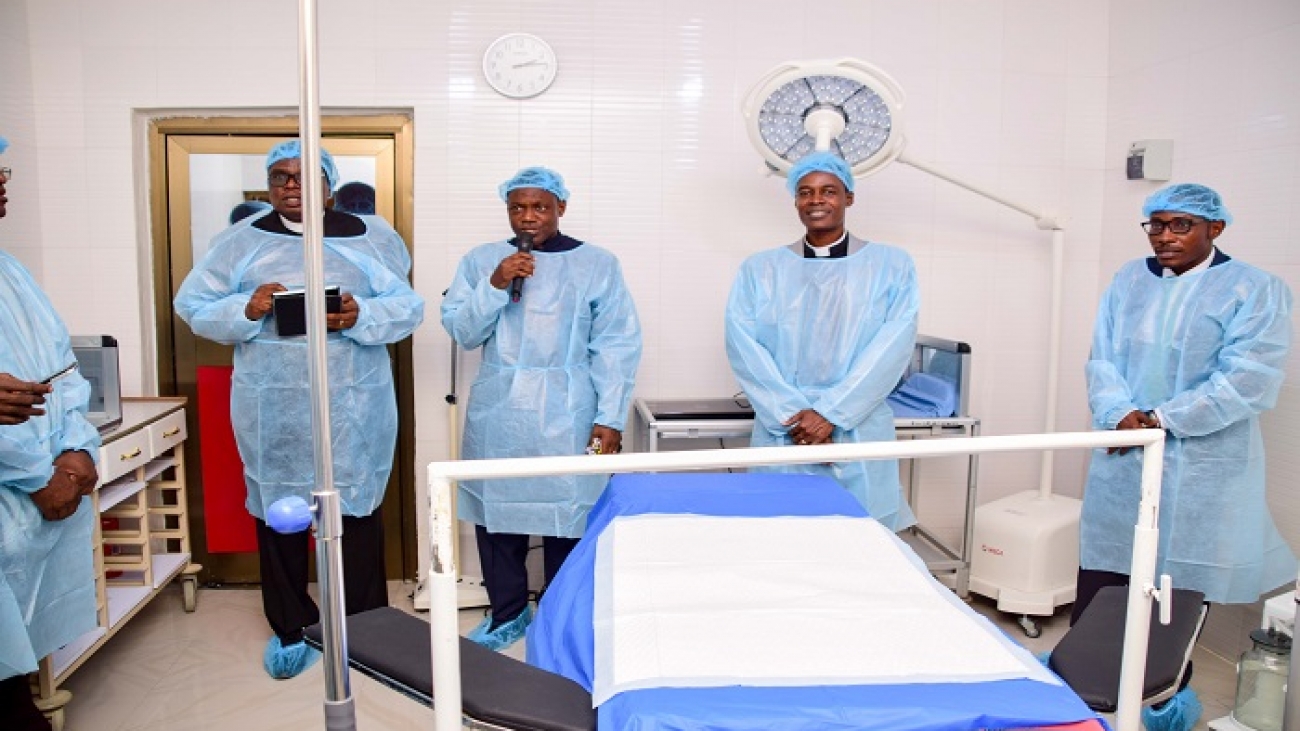 The Pentecost Hospital, Tarkwa in the Western Region has commissioned an ultra-modern Operating Theater and a Recovery Ward to help improve on healthcare delivery in the Tarkwa-Nsuaem Municipality.

The commissioning of the two facilities which cost GH¢ 328,397.00 to construct has brought great relief to both staff and patients of the hospital. The ceremony which took place on November 25, 2019, was chaired by the Tarkwa Area Head of The Church of Pentecost, Apostle John Appiah Aidoo.

Hitherto, the facility had been working without a functional operating theatre, which led to limitations in providing some essential healthcare, especially in the surgical discipline and more importantly with maternal care. This resulted in cases where many pregnant women had to be referred out of the facility at the least complaint of morbidity because the hospital was not equipped to handle any complication.

Due to the situation, other minor and major general surgical cases too were not attended to, which led to a loss of revenue to the facility as well as a loss of patient confidence in its healthcare delivery capabilities.

With this great addition, the Pentecost Hospital, Tarkwa is now positioned to be an excellent healthcare centre in the Tarkwa Municipality and its environs.

Speaking at the ceremony, the General Manager of the hospital, Pastor Dr. Suleman De-Graft Issaka, thanked the leadership of the church and other stakeholders for their immense support in making the theatre project a reality and thus bringing hope to patients, especially pregnant women.

Brief History of the Project

The project began in 2014 by Pastor Dr. E. Arko Koranteng, former General Manager of the hospital, together with Dr. Mrs. Agnes Asare, who saw the need to manage the surgical cases that came into the facility without referring them to other medical facilities in the municipality.

Before Pastor Dr. Koranteng was transferred to the Pentecost Hospital, Madina in 2019, the project had reached an advanced stage with some theatre equipment such as autoclave, patient monitor, and theatre bed having been acquired.

Pastor Dr. Suleman De-Graft Issaka, who took over from Pastor Dr. Koranteng in January 2019, completed the project and furnished it with state-of-the-art equipment. The facility is furnished with an anaesthetic machine, theatre light and other modern theatre equipment.

Present at the ceremony were the Board Members, Internal Management Team (IMT), Staff of the hospital and the clergy, mostly from The Church of Pentecost.

Pentecost Hospital, Tarkwa is one of the eight health institutions of The Church of Pentecost run by the Pentecost Social Services (PENTSOS), the social arm of the church.